UAV-g 2017 is proud to announce the following Plenary Speakers:

Abstract: Autonomous quadrotors will soon play a major role in search-and-rescue and remote-inspection missions, where a fast response is crucial. Quadrotors have the potential to navigate quickly through unstructured environments, enter and exit buildings through narrow gaps, and fly through collapsed buildings. However, their speed and maneuverability are still far from those of birds. Indeed, agile navigation through unknown, indoor environments poses a number of challenges for robotics research in terms of perception, state estimation, planning, and control. In this talk, I will show that active vision is crucial in order to plan trajectories that improve the quality of perception. Also, I will talk about our recent results on event based vision.

Bio: Davide Scaramuzza (born in 1980, Italian) is Assistant Professor of Robotics at the University of Zurich, where he does research at the intersection of robotics and computer vision. He did his PhD in robotics and computer vision at ETH Zurich (with Roland Siegwart) and a postdoc at the University of Pennsylvania (with Vijay Kumar and Kostas Daniilidis). From 2009 to 2012, he led the European project “sFly”, which introduced the world’s first autonomous navigation of micro drones using visual-inertial sensors and onboard computing. For his research contributions, he was awarded the IEEE Robotics and Automation Society Early Career Award, the SNSF-ERC Starting Grant and a Google Research Award. In 2015, his lab received funding from the DARPA FLA Program, the first DARPA program dedicated to agile navigation of vision-controlled drones in unstructured and cluttered environments. He coauthored the book “Introduction to Autonomous Mobile Robot” (published by MIT Press) and more than 100 papers on robotics and perception. In 2015, he co-founded a venture, called Zurich-Eye, dedicated to the commercialization of visual-inertial navigation solutions for mobile robots, which became Facebook-Oculus VR Switzerland in Sep. 2016. He was also the strategic advisor of Dacuda, dedicated to inside-out VR solutions, which was acquired by Magic Leap Zurich in 2017.

UAS Technology: The Challenges of Mapping

Abstract: UAS systems have seen dramatic developments in the past 5-10 years, with a proliferation of both consumer and professional applications. Most importantly, a strong UAS mapping sector emerged in the geospatial community, representing a growing group of experts with a broad knowledge base. Since most hardware and system technologies come from predominantly hobby and military applications, the focus in UAS mapping has been primarily on algorithmic developments and applications. This fact, in turn, implies that the future of UAS mapping greatly depends on more general technological developments. This presentation reviews the state-of-the-art and trends in UAS technologies, including sensor and platform developments as well as the competition in the observation space, where various imaging technologies are also rapidly advancing 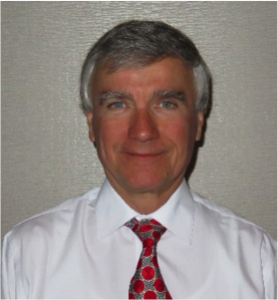 Widely known worldwide for his visionary contributions to mobile mapping, he was a key architect of the concept development, and then did significant research in sensor georeferencing and digital imaging technologies. In fact, he is generally credited with the introduction of the term “direct and indirect georeferencing” in the photogrammetric community. He is one of the founding father of the MMT symposium series and has actively contributed to all of them. He has held many senior leadership positions in national and international societies, and was the President of the American Society of Photogrammetry and Remote Sensing, served as the ISPRS Technical Commission I President for 2012-2016, and is the 2nd Vice-President of ISPRS. He is the recipient of numerous awards, including the 2009 APSRS Photogrammetric Award, United States Geospatial Intelligence Foundation (USGIF) Academic Achievement Award 2015, ISPRS Schwidefsky Medal Winner 2016, several Lumley Research Awards from OSU, and various best papers awards.